Be the first to review this product

Combining the power of nicotinamide riboside with resveratrol to not only fuel the cell but increase cellular energy production. The addition of turmeric aids in natural inflammatory support while the betaine and quercetin support the absorption of NR and resveratrol, enhancing the action of the main ingredients and metabolic syndrome.

This product ships within NZ only.

Skip to the beginning of the images gallery

Healthy ageing is becoming more important as the stresses in everyday life increase.  Stress and other external factors can reduce nutrients that are vital in the ageing process, leading to poor health.

LifeMax NR is formulated to support the body’s natural levels of NAD+ (nicotinamide adenine dinucleotide) through the metabolisation of nicotinamide riboside (NR). NR is a molecule similar to vitamin B3, though different enough to have unique effects. It is a combination of niacinamide and ribose, which is often found in cow’s milk, whey protein, and brewer’s yeast. NR is considered the best precursor to NAD+, which means the body can utilise it the easiest to make more NAD+.

Recently, NAD+ has become a prized molecule in scientific research because of its central role in biological functions. The scientific community has been researching how NAD+ relates to notable benefits in animals that continue to inspire researchers to translate these findings to humans.

So how exactly does NAD+ play such an important role? In short, it’s a coenzyme or “helper” molecule, binding to other enzymes to help cause reactions on the molecular level. It is found in all living cells and helps to keep Sirtuins, which are a family of signalling proteins, alive and active.

The body, unfortunately, doesn’t have an endless supply of NAD+. In fact, it actually declines with age. LifeMax NR has been designed to support the levels of NAD+ by giving the body the best ingredients to keep making it.

For nearly 100 years, NAD+ has been incredibly important to the scientific community, but the gradual pace of scientific research and technological development has only now begun to reveal how it can be utilised.

The history of NAD+ research, and its recent establishment in the science community, has opened the floodgates for scientists to investigate maintaining NAD+ levels and getting more NAD+.

Knowing the history of NAD+ and subsequent discoveries around the coenzyme has led researchers to explore what the scientific community can now do with the information. NAD+ has enormous potential and how it will be fulfilled is the most exciting aspect of current research.

There are many nicotinamide riboside benefits beyond just the brain. Because this molecule is important for basic mitochondrial function, it impacts every cell in the body. Similar to resveratrol, when we supplement with NR, we see benefits universally. Other benefits include help repairing damaged DNA, fortifying cell's defence system, and helping keep the circadian rhythm in the body.

LifeMax NR™ builds on this exciting research, creating a product that supports healthy NAD+ levels within the body as well as providing the cofactors needed for absorption and metalbolisation. It is a truly advanced healthy ageing formulation, supported by nearly 100 years of research.

This product ships within NZ only.

Is one of the richest natural sources of resveratrol, providing most of the world’s supply, including the resveratrol used in Res-V®.

Is a well-known Indian herb that gives you the yellow colour commonly used in Indian and Asian cooking. Turmeric contains curcumin, a natural compound that supports joint mobility and movement, supports the immune system against winter chills and ills and supports immunity and brain function as we get older.

This is an important nutrient support for metabolising NAD+. Methyl groups like Betain need to be added for other biochemical reactions that support the whole healthy aging process.

This slows the breakdown of resveratrol and acts as a potent antioxidant. This is found in many plants and foods and supports the cardiovascular system and joints. As a powerful anti-inflammatory, it supports the entire healthy ageing process.

The capsule is clear with a light-brown/yellow powder inside, there are flecks of dark brown and white 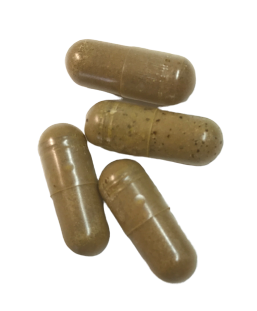 Adults take 1 to 2 capsules daily. For best results take 1 capsule in the morning and 1 in the evening, with food; or as advised by your health professional.

LifeMax NR™ is supplied in a vegetarian capsule.
Be the first to review this product

Write Your Own Review

Stay up to date with the latest research, deals and savings, as well as a chance to win every week!